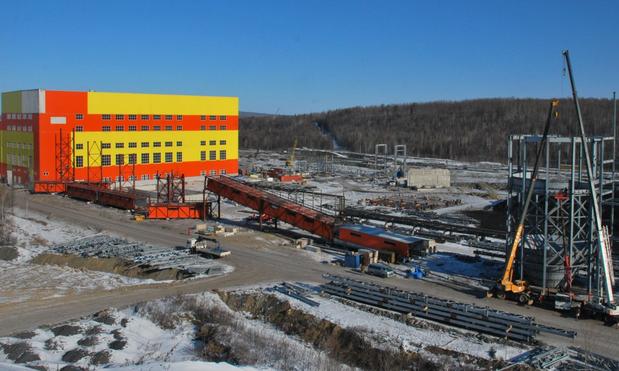 Mining companies pay much attention to stable communications with working crews and their safety, especially when operations are conducted in extreme weather conditions with temperatures ranging from -50ºC in winter to +30ºC in summer. For this reason, Urgalugol surface coal mine located in Khabarovsk territory in Russia implemented SmartPTT Integra – modern digital radio dispatch system. The system is based on MOTOTRBO communication platform by Motorola and SmartPTT dispatch software by Elcomplus, and it allowed for stable operational radio communication with working crews across a coverage area of 25-30 km.

About Urgalugol: A mining company within SUEK (Siberian Coal Energy Company). Urgalugol carries out both underground and open-cut operations in the Urgal black coal deposit, located in Khabarovsk territory.

Earlier all engineering and manufacturing issues were solved by means of existing cellular communication system. However, the network coverage was insufficient and didn’t provide prompt personnel communication. The dispatcher couldn’t make group calls and had to pass on the same information several times which noticeably increased the time of reaction to the task.

It used to take much time for the dispatcher to get in touch with a required worker by means of the cellular network. Cellular channels used to be overloaded frequently and the calls didn’t go through, so the dispatcher had to make several attempts to reach some subscribers.

Cellular network lacked the ability to make emergency and all calls which resulted in low speed of reaction in case of emergency or dangerous situation. The system also couldn’t provide calls recording and event log and that made investigation of accidents and injuries complicated. Besides, cell-phones discharged quickly and were not designed for the severe conditions of the coal mine.

Urgalugol management demanded a reliable digital radio system that could provide 100% of radio coverage and channel capacity, as well as immediate connection between dispatchers and subscribers. Such system had to provide individual, group and all calls to reduce time to pass on urgent information to a group of subscribers (without having to make individual phone calls to each of them). Besides, such system had to allow making emergency calls, voice calls recording, subscriber registration in the network.

Among other requirements, remote system monitoring was emphasized, as well as easy-in-use and reliable subscriber equipment and ability to make calls to telephone subscribers.

Two separate SmartPTT Integra base stations were set in a conventional mode on the mine and the coal-preparation plant. The workers were provided with modern MOTOTRBO Motorola DP 4801 portable radios and the vehicles were equipped with MOTOTRBO Motorola DM 4601 mobile radios.

SmartPTT Integra dispatch consoles powered by SmartPTT software were installed for the dispatchers at the plant and at the mine. The software provided all necessary features such as voice calls recording, event log, demonstration of subscribers’ location on the dispatchers’ monitor, equipment remote monitoring and control, link between radio and telephone subscribers.

SmartPTT Integra digital radio dispatch system for Urgalugol based on MOTOTRBO and SmartPTT allowed the company to reduce interaction time in work teams, raise discipline, lower expenses for cellular communications, provide stable and uninterrupted coordination of the teams within the plant and the mine, lower risks or consequences of accidents, avoid personal injuries, and even save someone’s life.

The design of the radios allows using them in low temperatures and severe conditions. Besides, higher communication reliability and channel capacity added to effectiveness of the system which will result in lower communication costs and higher return on investment.

SmartPTT software also provides redundancy of the two base stations and communication between the subscribers of different networks.